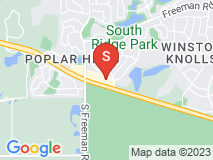 did bad job and won't fix

I bought a livingsocial deal from him. He did drywall in my home and it looks really bad. I have called him a few times and the first time he answered his phone and said he'd come and fix it but never heard back from him. Called him 2 more times and left him a VM and he hasn't returned my call. Also he tacked on extra fees probably to make up for the living social deal.

She did buy a Living Social. she is outside of our 10 mile service area specified clearly on the LS coupon. Her coupon value was $164 that she paid $69 for. she had a full 8 hour day of work which she happily paid for and we deducted 164 from her total bill. All was fine when we left and she signed the job ticket to that effect. She called a month later to say she wasn't happy as there were a few lines in the patching. We told her we would be out again when we were in the area which is over 30 miles away.